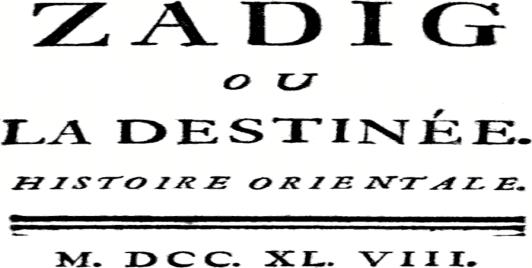 ‘Serendipity’ and its travelling tale - across Persia, Sri Lanka and India

This story is often said to have encouraged the introduction of the word ‘serendip’ into the English dictionary, marking January 28 to be remembered as the day when the word entered the dictionary.

Rediscovering Suchitra Sen in Bangladesh: Tracing the portrait of a glamorous actress on an easel of the past

As busy evenings of youngsters flock over to Roopkawthar Kabbo, the narrative of the legend from yesteryears reverberates through each cup served and, for the uninitiated, these cups are the connecting dots of time when an answer comes with the query of “Who is this?”.

The poet who never gave up: Is Tagore relevant today?

And yet, it is perhaps the reminder of these unfulfilled dreams, a never-ending quest, that is most relevant today, as we struggle through challenges that are at once global and personal, intricately and inextricably intertwined.

Music without borders: Dama Dam Mast Qalandar and a qawwali night at Boston

“Between the first Pakistani win at the Grammys, the first Pakistani film to be selected at the Cannes Film Festival, a Pakistani song topping the most-searched list on Google, local actors featured in international series, and the highest-grossing film in the history of Pakistani cinema, 2022 has been a banner year for Pakistani art,’ observes Surbhi Gupta, South Asia Editor at New Lines magazine.

According to a policy brief prepared by the Kathmandu-based NGO Greenhood Nepal, which is spearheading a project focused on illegal trade and sustainable use of medicinal orchids in Nepal, the decline in their numbers has been attributed to unsustainable harvesting and international trade of the plants used in ayurvedic as well as traditional Chinese medicine.

Pakistani writers are not only writing about love and romance, but also on feminism, religion, culture, socio-political, ethnic, and identity issues.

Hockey, friendship, Partition, and the pangs of separation: Old Lahore remembered through a documentary

Every scene in this intimately filmed documentary tugs at the heartstrings. The pain of separation felt so palpable to me that I wept with the characters.

Jaishankar told reporters before the luncheon that he hoped to “familiarise the members of the Security Council” with “all the virtues of millets”.

The rediscovery of Ghalib in the English translation of Chirag-e-Dair as a modern cosmopolitan man who can appreciate the port town of Calcutta, find spirituality in the Hindu temple town of Banaras, and firmly situate himself in Persianate traditions of West Asia opens up a history of cultural exchange to the contemporary South Asian reader

The Silchar-Sylhet festival aimed at strengthening the longstanding bonds of friendship between the two neighboring nations, which share a wide range of complementary traditions, cultures, and other things.  The festival once again demonstrated the closeness between India and Bangladesh, and improved mutual understanding.

'Made like a Gun':Romancing the Royal Enfield Bullet in the service of the Indian Armed Forces

The record-breaking Tornadoes display team of the Army Service Corps was formed in 1982, debuting at the 9th Asian Games in New Delhi. It has since participated in more than 1,000 major international and national events, always riding Royal Enfield Bullets.

The network supplied the international art market with stolen antiquities from countries including, but not limited to, Afghanistan, Pakistan and India, the prosecutor's office said.

The amazing adventures of a Lithuanian scholar in the Indian subcontinent

The re-connection with Poska, in many ways, underlines the deep-rooted connectivity between the Indian sub-continent and Eurasia along with the eastern and central parts of Europe, much of which remains forgotten or ignored.

Over the years, these relate to representations of various regions of eastern India and, at times, the extended and larger region of erstwhile Bengal, including the present country of Bangladesh. Many of these stories also help to understand how identities are constructed across time and space in folklore and in written literature.

Seth Govind Das invited Basu to direct a movie based on Indian connectivity with Africa.

Though these themes are presented to us in an Indian setting, they resonate with the larger South Asian context where middle-class women often find themselves similarly weighed down within domesticity, doing unacknowledged and unpaid physical and emotional work in their homes.

“The most important legacy of the gathering is the lifelong relationships formed by journalists from Pakistan and India. Those relationships will translate into fact-based reporting on issues important to the future of both countries.”

Noor’s patience paid off as Kohli, after he got to know about her, came to see her after India’s training session got over. Kohil met Noor and her family and clicked pictures with them