Special flights for Bhutanese from Delhi on April 9

Foreign Minister Dr Tandi Dorji yesterday said that it has been confirmed. “The government at the moment is exploring other possibilities for other Bhutanese wishing to return home,” he said.

The Royal Bhutanese Embassy in Delhi in coordination with the Ministry of Foreign Affairs, Drukair Royal Bhutan Airlines and relevant authorities in the Government of India is arranging the flights, the embassy wrote on its Facebook page.

The embassy is asking Bhutanese nationals who are in Delhi to register with the embassy to book a seat on the flight.

“We can still accommodate around 21 individuals on the Paro-Delhi-Paro sector,” the embassy’s message on its Facebook page stated.

Meanwhile, the embassy in Bangkok, Thailand is exploring possibilities to bring back Bhutanese residing in Australia and Malaysia.

After the embassy issued a travel advisory to the Bhutanese Associations in Australia earlier this month, ‘a sizable number of Bhutanese’ informed the embassy that they wish to return home as early as possible.

The embassy stated that it has found out that Malaysian Airlines is operating a few flights to Kuala Lumpur from Perth, Sydney and Melbourne in April and up to mid May 2020.

“This could be a viable option as transit is possible at Kuala Lumpur as of now, and Drukair may also be able to put in flights from Kuala Lumpur to Paro,” an updated travel advisory from the embassy stated. It stated that the embassy is in touch with both the Malaysian Airlines and Druk Air.

The embassy has also asked the Bhutanese Associations in Australia to compile the list of Bhutanese wanting to avail this option.

“All Bhutanese in Australia who wish to return home are requested to get in touch with Bhutanese Associations in your respective states/area as soon as possible.”

As the returnees have to undergo 21 days of mandatory quarantine upon arrival in Paro, the embassy isTherefore, the Embassy will also need to coordinate their travel home with the health and foreign affairs ministries.

Bhutanese are asked to follow up with their respective Bhutanese Associations.

The Bhutanese Association in Perth have sent out a form for the residents to register and asked them to confirm by yesterday evening if they wished to return home on the flight that the government would be arranging. 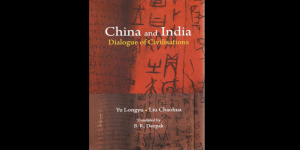