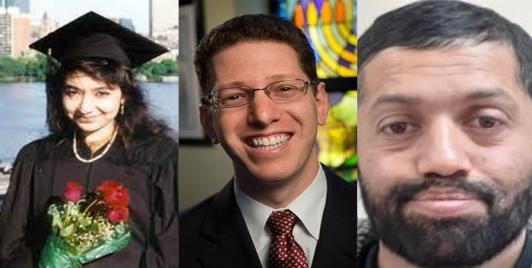 The Sikh community in the United Kingdom has started to push back against anti-India campaign, which is led by the Khalistani separatists

The Senate Foreign Relations Committee on Wednesday unanimously approved the nomination of Eric Garcetti to be the US ambassador to India and Donald Armin Blome to be the US envoy to Pakistan, positions that have been vacant for quite some time

Bangladeshi American Delowar Mohammed Hossain, who was stopped by US law enforcement as he was about to fly out to join the Taliban, has been convicted on charges of trying to help the terrorist organisation that now controls Afghanistan

A 43-year old Sri Lankan American, whose family fled the civil war in Sri Lanka when she was just four and who lived undocumented for over a decade in Los Angeles, is set to step down at the end of her tenure yearend as the first woman of color and immigrant to become New York City's Commissioner for International Affairs

Indians who are fully vaccinated with Covishield or any other UK-approved vaccine will not be quarantined when they arrive in Britain from October 11, the High Commissioner to India, ending a row over what was perceived as unfair imposition of COVId-19 quarantine rules

India's Education Minister Dharmendra Pradhan on Tuesday held a virtual meeting with Australian counterpart Alan Tudge and discussed the issue of 17,000 Indian students who want to return to Australia for education

Desperate to break the ice with US President Joe Biden who has not interacted even once with Pakistan Prime Minister Imran Khan despite being in office since January, Islamabad is now using the “good offices” of an influential Pakistani American to arrange a telephone call between the two leaders

India’s Chief of Defense Staff, General Bipin Rawat, in what is being termed as a “historic meeting” with US Defence Secretary Lloyd Austin, discussed expanding multilateral cooperation with regional partners, according to Defence Department Spokesperson John Kirby

America is better off because of crucial friendship with India; Indian Americans embody the American dream: US Senate Majority Leader

US President Joe Biden has no immediate plans to call Pakistani Prime Minister Imran Khan, who has blamed the US for the Afghanistan mess and its fallout in his country, according to Biden's Spokesperson Jen Psaki

Global Organization of People of Indian Origin Connecticut Chapter (GOPIO-CT) organized a program of welcoming new students from India at the Univ. of Connecticut, School of Business from its Stamford and Hartford campuses with a networking dinner on Friday, Sept. 24 at the Hampton Inn and Suites in Stamford

Kamzy Gunaratnam, a Sri Lankan origin MP in Norway, who recently won her election from the Labour Party, said that she would ask the new Norwegian government to continue engagement with Sri Lanka amid growing calls from some quarters to boycott engagement with the South Asian nation

The Canadian government has lifted a month-long ban on passenger flights from India. The ban was put in place in view of the enhanced COVID-19 protocols