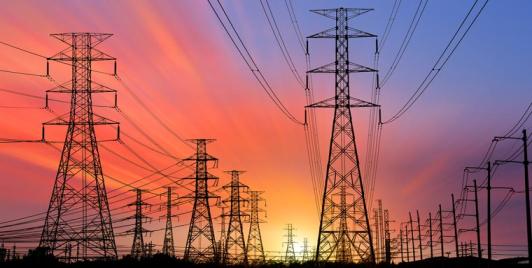 Of shared civilisation and an elephant in the room: Modi, Deuba seek to elevate India, Nepal ties

India’s timely push for connectivity projects in Nepal under its Neighborhood First policy is crucial, especially when China has expanded its presence rapidly in the last decade in key infrastructure sectors in Nepal

In the last decade, China, whose influence has grown significantly in Nepal, has bagged several hydro-projects in the country. However, Beijing’s influence, especially in the country’s hydropower sector, has likely hit its limit, as an energy-surplus Nepal looks for markets— which in this case are India and Bangladesh—for exporting its electricity

Local elections in Nepal: A make or break for the ruling alliance ahead of general elections

For both Dueba and Dahal, the local elections may give a sense of how their cadre, supporters, and general public judge the performance of the government and the unlikely ruling coalition

With the commencement of the Upper Tamakoshi hydropower project (456MW) last year, Nepal is expected to have around 600MW-800MW of surplus electricity this year. And, this will grow in the coming years as many small hydro projects are nearing completion

The World Bank has estimated Nepal’s hydropower potential around 20,000 MW. So aligning its energy policy closely with the BBIN (Bangladesh, Bhutan, India, Nepal) sub-regional vision will provide it with the much-needed potential for the export of this surplus energy to larger power consumers like India and Bangladesh

Nepal, among the newest countries adopting parliamentary democracy, has laws requiring political parties to ensure a certain share of women among their candidates for local elections. However, most political parties have exploited a loophole in the country’s Local Level Election Act 2017 to undermine their representation

After MCC, US to provide $659 million to Nepal under USAID amid growing rivalry with China

While the US’ renewed interest in Nepal, a traditional battlefield of influence between India and China, is evident from the MCC agreement and increased bilateral engagements and assistance offers, Nepal may struggle to satisfy the security concerns of a newly assertive China

From the $800 million in surplus in February last year, the balance of payment recorded a deficit of $2.03 billion in the first seven months of this fiscal [Between July to February].

From the $800 million in surplus, the balance of payment recorded a deficit of $2.03 billion in the same period this year

Once known as a power-starved country, Nepal became a power surplus state last year during the winter months, with its production capacity touching 2000 MW after the commencement of the Upper Tamakoshi hydropower project (456MW)

In 2020, just weeks before the pandemic, the government had launched the ambitious target of 2 million tourists. The plan was doomed as international travel came to a halt

Nepali lawmakers are set to discuss the impeachment motion in Parliament against Justice Cholendra Shamsher Rana, the suspended chief justice of the apex court, who has been facing serious charges of “corruption” and “making money through illegal means”

Nepal seeks Indian assistance to evacuate its nationals from Ukraine

Nepal has sought assistance from India to evacuate its trapped nationals from Ukraine as New Delhi pulls out all stops, launching Operation Ganga, an ambitious rescue operation to evacuate over 20,000 Indians, mostly students, from the war-hit country