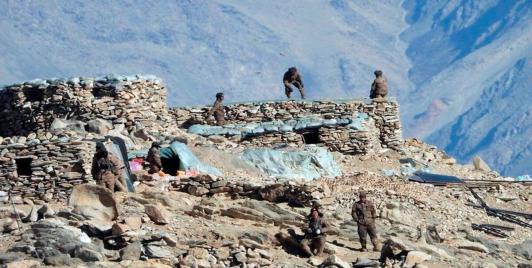 Atheist China has no right to choose next Dalai Lama: Head of Tawang monastery

A week after Nepalis in China's Hubei province asked the Nepal government to evacuate them, officials in Kathmandu have little idea how the evacuation will progress.

Indian Prime Minister Narendra Modi has offered assistance to Chinese President Xi Jinping in the fight against the ongoing novel coronavirus epidemic that has killed over 800 people and infected around 35,000 in China.

171 Bangladeshis asked to wait in Wuhan

The failure to arrange a flight has forced the government to scrap its plans to bring back 171 Bangladeshis from the locked-down cities in China amid a deadly coronavirus outbreak.

'India offered to evacuate people from all neighbouring countries from Wuhan'

India had offered to evacuate people from all the neighbouring countries while bringing back Indian students from the Chinese city of Wuhan in the wake of the deadly coronavirus outbreak, External Affairs Minister S. Jaishankar told the Rajya Sabha on Friday.

India ‘can look into’ evacuating Pakistani students in Wuhan

India can consider evacuating Pakistani students from the coronavirus-hit Hubei province “if such a situation arises” and resources are available, the Ministry of External Affairs said on Thursday, while making it clear that Pakistan had made no request for it till now

Crucial meetings between the governments of Nepal and China, along with a number of Beijing-led infrastructure projects, have been delayed amid the fast-spreading novel coronavirus outbreak.

The crew and passengers of ships arriving from China or certain other South-East Asian countries have been barred from entering Mumbai port as a precautionary measure to prevent the spread of novel coronavirus.

SriLankan Airlines is rationalizing its services to China in accordance with current market conditions as per its long-held commercial policies, with a temporary reduction of frequencies to several cities, the airline said

Coronavirus and the Wuhan spirit: India could have done more than just evacuation

India's evacuation of its nationals who were stranded in China's Wuhan, the epicentre of the novel coronavirus epidemic, was completed on Sunday with around 650 people brought back in two phases

Pakistan, Maldives suspend flight operations to and from China as South Asia remains on high alert

No clearance for Sri Lanka to evacuate students in Wuhan

Sri Lanka has not yet received clearance to evacuate Sri Lankan students in Wuhan city, the Prime Minister’s Office said.

The debate over the Indian Citizenship Amendment Bill, 2019, or CAB, has been widely reported in the Chinese media, from the time the Bill was tabled in the Lok Sabha December 9  until December 12, when it was signed into law by the President Ram Nath Kovind, after the CAB was passed through both houses of parliament

Beijing optimistic about rebuilding ties with Colombo: A media analysis

The recently-concluded elections in Sri Lanka was widely covered in the Chinese media, an indication of the strategic interest of Beijing in the island nation and the Indian Ocean Region