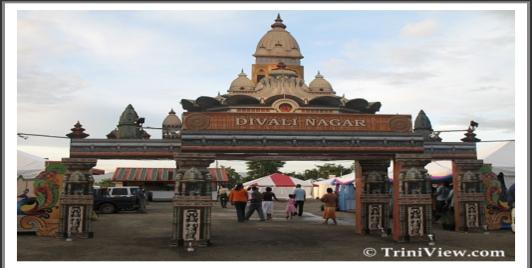 India is a crucial global leader in the fight against COVID-19: US Deputy Secretary of State
More on SOUTH ASIA ABROAD

Global Organization of People of Indian Origin Connecticut Chapter (GOPIO-CT) organized a program of welcoming new students from India at the Univ. of Connecticut, School of Business from its Stamford and Hartford campuses with a networking dinner on Friday, Sept. 24 at the Hampton Inn and Suites in Stamford

Kamzy Gunaratnam, a Sri Lankan origin MP in Norway, who recently won her election from the Labour Party, said that she would ask the new Norwegian government to continue engagement with Sri Lanka amid growing calls from some quarters to boycott engagement with the South Asian nation

The Canadian government has lifted a month-long ban on passenger flights from India. The ban was put in place in view of the enhanced COVID-19 protocols

The four million strong Indian diaspora, billed as the most educated and most affluent of all ethnic communities in America and recognized for their phenomenal "rise" in all spheres of American society and public life, came in for fulsome mention as Prime Minister Narendra Modi had meetings in Washington with US President Joe Biden and Vice President Kamala Harris, a person of Indian descent (her mother came to the US from Chennai) who has ascended to the second highest office in the nation

US Vice President Kamala Harris has told Prime Minister Narendra Modi that she was asking Pakistan to act on terrorism and ensure that terror groups do not target India or the US, according to India's Foreign Secretary Harsh Vardhan Shringla

The US strongly supports France strengthening ties with India, Secretary of State Antony Blinken has said amid a diplomatic row between Washington and Paris over their roles and alliances in the Indo-Pacific region

Our diaspora is our strength: Modi

Prime Minister Narendra Modi, who arrived in Washington for a three-day visit, Thursday received a warm welcome from the members of the Indian community at Joint Base Andrews in Washington DC

US VP Kamala Harris will be Modi's host in Washington

As Prime Minister Narendra Modi is not the head of state like President Joe Biden but head of government his equivalent in protocol is Vice President Kamala Harris, who is partly of Indian origin, and she will be the formal host

Four Bangladeshis charged with abduction of compatriot in Malaysia

Five persons, including four Bangladeshis, were charged at Malaysia's Magistrate's Court with abducting a Bangladeshi male and demanding Taka one million ( USD 11,986.10) ransom in August

Bangladeshi couple sentenced in US for supporting IS

A Bangladeshi couple was sentenced in the United States for providing support to the Islamic State, a banned foreign terrorist group in the US

The American Association of Physicians of Indian Origin (AAPI), which represents the interests of more than 80,000 practicing physicians in the United States and over 40,000 medical students, residents, and fellows of Indian origin in the country,  launched a novel Adopt-A-Village Rural Health Initiative in India at a virtual event attended by Indian Ambassador Taranjit Singh Sandhu and joined by Consul Generals of Chicago, New York, Houston, Atlanta and San Francisco

Twelve Bangladeshi nationals are among 26 people arrested in Malaysia in different operations conducted by authorities as part of a larger crackdown on the foreigners staying illegally in the Southeast Asian country, media reports said. Authorities conducted raids in several cities earlier this week