Vaccine diplomacy and Chinese moves in South Asia: Can Beijing live up to its promises?

Pakistan, Afghanistan, Sri Lanka and Nepal have joined the Beijing-led Platform along with Bangladesh. India, the largest country in South Asia, has stayed away, writes Swadesh Roy for South Asia Monitor

It is often said that soft diplomacy is the best diplomacy in this age of soft skills. Just five years ago, China had promised that they would resolve the problems of the South China Sea through "water cannons", not real cannons, underlying its faith in soft power. With the world almost one in opposiing Beijing's hardline stance and "expansionist" moves in the South China Sea, China seems to have once again gone back to projecting its soft power through what is now called vaccine diplomacy.

Chinese authorities have recently decided to vaccinate 40 percent of the country's population – that is 560 million people – by June. To achieve this target, China needs to be more proactive and pragmatic in increasing its vaccine production. Because, to vaccinate 560 million people by next June, they will have to produce 11.5 million vaccines every day. China's current vaccine production capacity is far from enough to reach this goal, as its vaccine makers Sinovac Biotech and China National Pharmaceutical Group, can currently produce only five million vaccines a day. It means they will have to double their production capacity.

Lack of this capability has already led to a shortage of vaccines in five Chinese provinces. Besides, the Chinese are now unable to supply vaccines to many countries like Turkey and Brazil, despite having promised them earlier. This raises questions about China's commitment as a vaccine supplier. It is now believed that, in most cases, China went beyond its means and made promises. It was a strategy to project its soft power in its foreign policy. But now China is facing questions on it.

Apart from India, China has a diplomatic battle with the US over vaccines; the way US is vaccinating its people, it will expected to gain hard immunity by June. On the other hand, the effectiveness of the Chinese vaccine, going by its own admission, is below par compared to that of Oxford-Astrazeneca, Pfizer, Moderna and Johnson & Johnson. That’s because China has itself said the Sinopharm vaccine will be only 69 percent effective.

In this scenario, Bangladesh has joined the “China-South Asia Platform for Covid-19 Consultation, Cooperation, and Post-Pandemic Recovery” – a Chinese initiative to regain the space of being the region's benefactor through support against the pandemic. Pakistan, Afghanistan, Sri Lanka and Nepal have joined the Beijing-led Platform along with Bangladesh. India, the largest country in South Asia, has stayed away.

The coalition's first foreign minister-level meeting did not actually decide on the supply of the vaccine. They made three decisions - firstly, for Covid-19 management, they will build a  collaborative medical storage, from which the partners can seek medical help in a crisis. Secondly, they will create a development fund for poverty alleviation as millions may be pushed on the fringe due to the pandemic. This will help the members of the coalition to assist their people in recovering from the crisis of growing poverty in the post-Covid scenario. Thirdly, they will set up an e-commerce forum, as such platforms are growing in importance day by day due to Covid-19. An alliance is very much the need of the hour to take e-commerce forward.

The entire initiative is at a very nebulous stage. There is no clarity so far about how the medical storage will be sourced, as also the roadmap. At the same time, the antiviral drugs used in the treatment of Covid-19 are also imported from western countries. It is unknown at this stage what the coalition will do regarding the issue. Moreover, some western companies like Pfizer are hoping that they will be able to bring to the market effective antiviral drugs for the treatment of Covid-19 which can be taken orally or as injection shots within the next one year. But it is not clear how they will be procured.

The second decision is to establish a post Covid-19 Poverty Alleviation Fund. The countries in this alliance, except China, will face an economic crisis in the coming months and years. There will be a need for a large amount of money in the fund to deal with it. Now who will be the provider of this money? No one but China is the sole financer in this alliance. But will China provide this money like the World Bank, IMF or ADB by levying nominal interest or by taking only service charge? China's past record doesn’t say that.

On the contrary, China lends money with the highest interest in the world. Not only that, if they start any development work, they increase the time and cost all the time. In a number of countries, the cost of many Chinese-funded development projects has shot up so much that ultimately they had to lease out space to China.

In Laos, a few cities have been leased out to China in this process. That is why, China’s 'debt trap' is known all over the world. Two countries in this alliance, Sri Lanka and Pakistan, have fallen into the Chinese 'debt trap'.  As such, if these issues concerning the fund are not thrashed out, the rest of the countries may get into more trouble in future.

Interestingly, the joint declaration at the foreign minister-level meeting refers to the stand of  all the partners in the alliance that the main weapon against Covid-19 is vaccine. Here the reality is that the effective vaccines are with the western countries. Also, one of the biggest production houses of vaccines is India, which has been known as a vaccine powerhouse, but yet is unable to meet the demands of its large population despite having exported or gifted its vaccines to over 60 countries.

So, in this global vaccine diplomacy, will China be able to prove itself in the end and keep its promises? The reality, however, appears to be quite different.

(The writer is a Dhaka-based editor. The views expressed are personal. He can be contacted at swadeshroy@gmail.com) 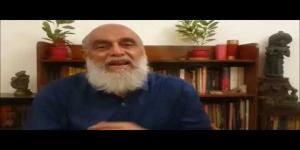 Al Qaeda and Islamist terrorism: A battle of hearts and minds

Partition was inevitable - but Bangladesh was testimony to its fragility