For Sri Lanka's tourism industry, the worst is yet to come. Experts say the downfall will continue as the energy crisis is unlikely to ease for months, writes Shraddha Nand Bhatnagar for South Asia Monitor

Sri Lanka’s tourism industry, which accounts for 12 percent of the country’s gross domestic product and is the fifth largest foreign exchange source, is now struggling for its survival amid the economic crisis as both the number of tourists and income from them have fallen by more than 70 percent since March.

The island country of 22 million people is in the middle of an economic meltdown, the worst it has seen since its independence in 1948. With its usable foreign exchange all but exhausted, the government has been struggling to cope with the energy demand.

The acute shortage of fuel and the electricity outages caused by it took a heavy toll on the country's tourism industry. Furthermore, travel advisory issued by foreign governments following the social unrest, protests and shortages of the essentials have also kept tourists away from Sri Lanka.

Once a $4 billion industry, tourism was adding almost 400,000 jobs in 2018. Average monthly arrival was over 160,000 tourists in that year while monthly earnings from them were around $365 million. 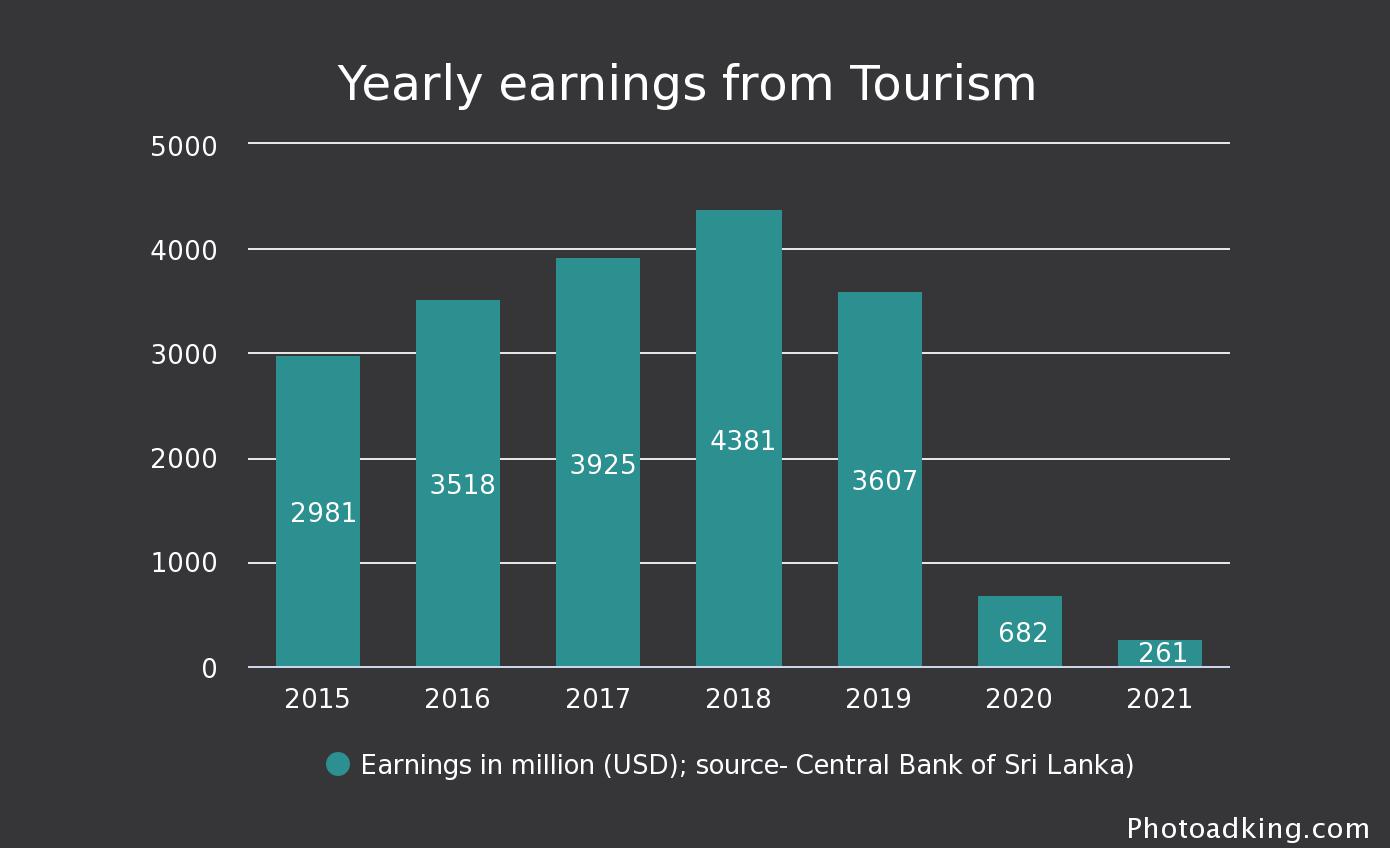 But the industry’s decline began the next year when the country was rocked by the Easter bombings attack in April 2019, which claimed over 250 lives, including of foreigners. By the end of 2019, the industry almost matched the pre-Easter Bombing level but only to be hit by the biggest shock next year in 2020 when the pandemic arrived in March.

In 2019, the earnings from tourism were around $3.5 billion, down from $4.3 billion a year ago, and in 2020, the country earned just $683 million because of the global travel restrictions.

Significant revival began from September 2021 -- almost 18 months after the pandemic started -- to December. The arrival numbers posted an average monthly growth of 50 percent, reaching about 90,000 in December against around 13,000 in September. 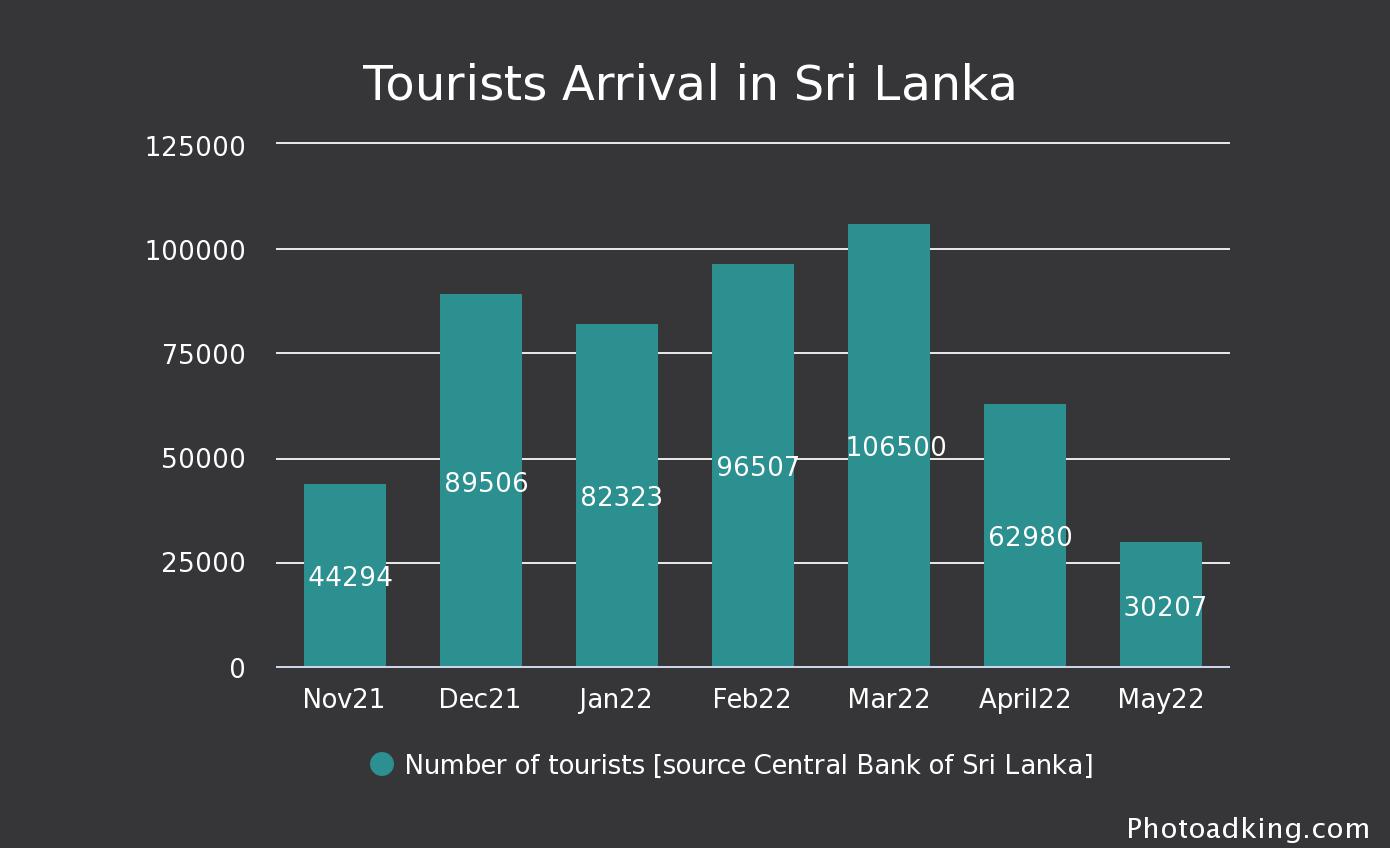 Boosted by the eased travel restrictions and pent-up demand, the government set the aim of $3 billion from the sector in 2022. Significantly, tourism continued its growth streak till March, crossing 100,000 in monthly arrivals in comparison to just around 14,000 in September 2021, a seven-fold jump.

Accordingly, in the same period, the income grew by almost six times, jumping from $31 million to $191 million in March this year. However, by that time, the forex crisis in the Sri Lankan economy had reached a level where it started impacting almost every sector.

The situation -- where almost everything from fuel and food to essential medicines was in short supply -- further stirred domestic unrest and protracted protests, prompting foreign governments to issue travel advisories.

There was no way for the country’s tourism industry to survive in isolation in this turbulent environment. 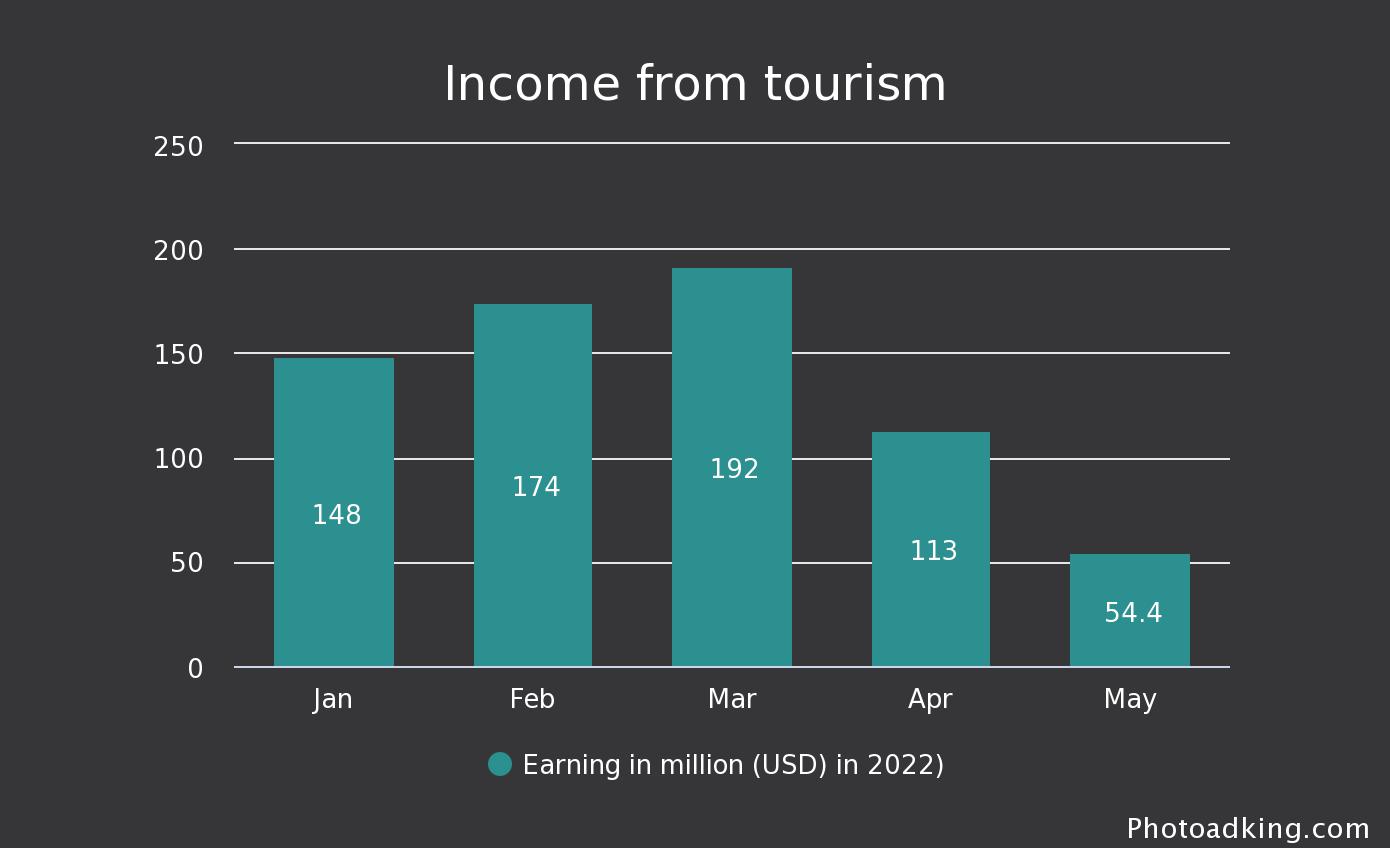 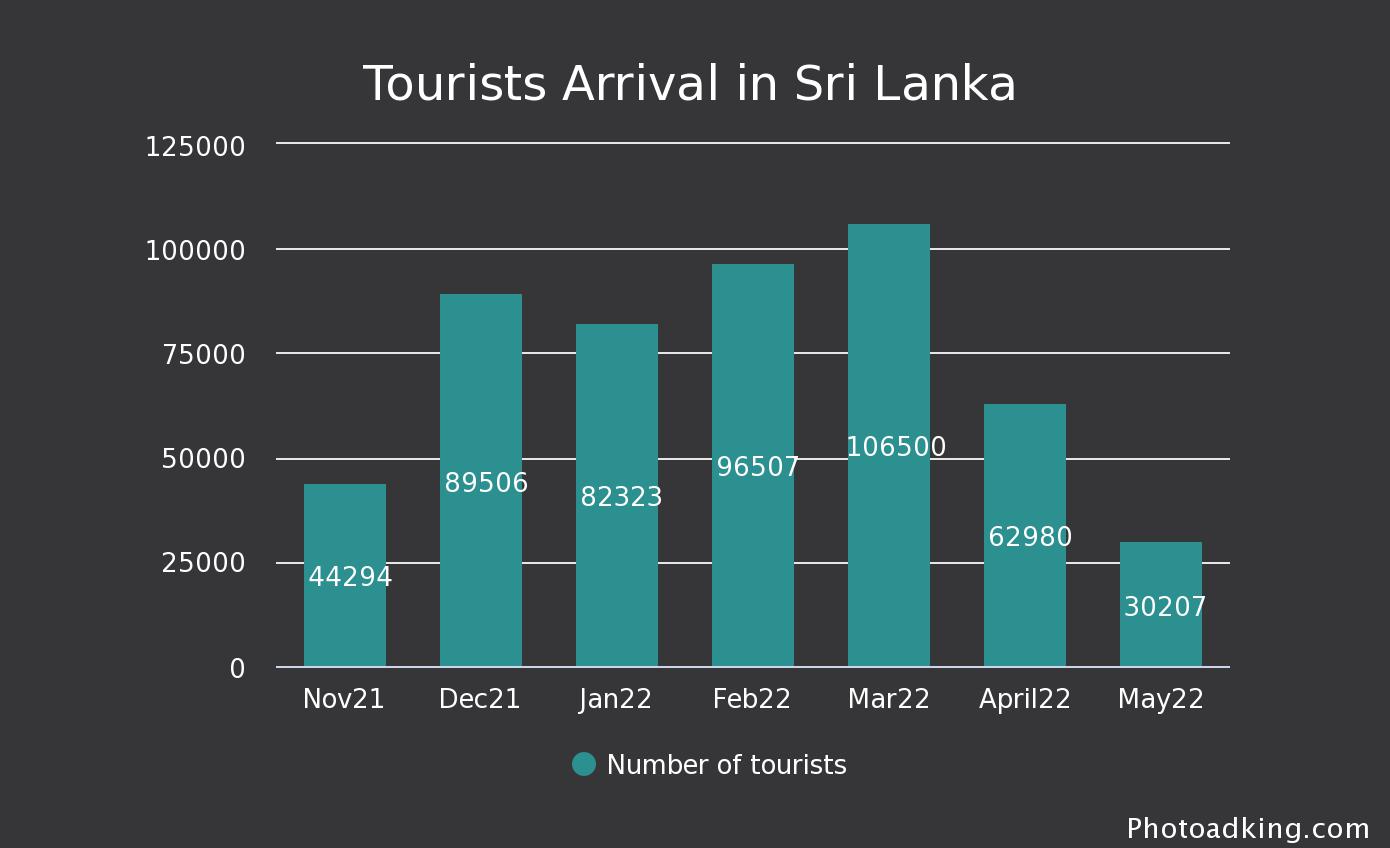 With Sri Lanka currently struggling to cope with its daily fuel demand and no indication of the IMF package coming any time soon, the country’s economy has all but collapsed. For most of the 22 million people in the country, meeting daily demands of essentials have become the most pressing task.

However, for the tourism industry, the worst is yet to come. Experts say the downfall will continue as the energy crisis is unlikely to ease for months. There appear no signs of any recovery in the near term.

The loan moratorium, which was provided to the tourism industry in the wake of the pandemic disruption, is also likely to end from July as the government has no capacity to support them as tax revenues are steadily declining.

In the coming weeks, it is very likely that the industry players would either default on their debts or choose to exit from the sector entirely, making the prospect for the industry once called the growth engine of the Sri Lankan economy extremely bleak.