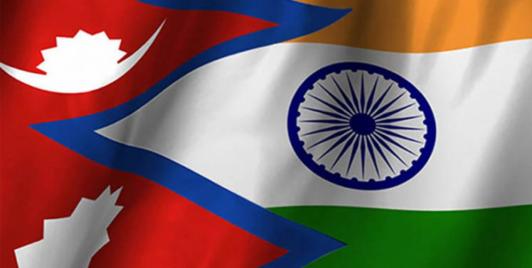 India and Australia concluded their 2+2 strategic talks in New Delhi between their Foreign and Defence Ministers, with both saying “we share very strong interests in ensuring that Afghanistan never again becomes a safe haven for the breeding or the training of terrorists”

Three days after the Taliban announced a cabinet with inadequate representation of ethnic minorities and minus any woman member, India Friday called for an “inclusive dispensation” in Afghanistan, representing all sections of society

The international community should not take steps that might lead to economic collapse in Afghanistan, Pakistan Foreign Minister Shah Mahmood Qureshi said, while calling for unfreezing Afghan assets blocked abroad

Iran takes a harder line towards Taliban; Pakistan influence a worry for Tehran

Two days after the Taliban announced its interim cabinet, Iran reiterated its call for the formation of an “inclusive” government in Afghanistan, saying that the past showed that non-inclusive government didn’t help achieve stability in the country

Unstable Afghanistan should not become a threat to its neighbouring countries: BRICS nations

In what is being perceived as intense efforts to prevent any security threat from Taliban-ruled Afghanistan in the future, the US Central Intelligence Agency (CIA) chief visited India and Pakistan and deliberated with key officials, days after the Taliban unveiled its interim government that included several persons, including acting Prime Minister Mullah Mohammad Hasan Akhund, who figure on the UN Security Council's terrorism blacklist

A day after the Taliban announced its cabinet, with no representation of women and lack of adequate representation of ethnic minorities, Afghanistan’s embassy in New Delhi on Wednesday issued a statement in the name of the Afghan Foreign Ministry and “condemned” the announcement by the Taliban of its “so-called cabinet” as “illegitimate and unjustifiable”

The Taliban, which promised to recast themselves in a more moderate mold, failed when they named the Afghanistan cabinet, a top source Wednesday told NDTV after a high level inter-governmental consultation between Indian National Security Adviser Ajit Doval and his Russian counterpart Nikolai Patrushev in New Delhi

The Nepal government dispatched a diplomatic note to India last week days after a probe panel pointed figures at Indian border personnel in an incident of a missing Nepali youth, Nepali media reports said. Officially, the government has not confirmed the development

Prime Minister Narendra Modi will chair the annual summit of the five-nation BRICS grouping on Thursday in a virtual format. The summit is expected to focus extensively on the situation in Afghanistan

Afghans in India get protection from summary deportation from India

In order to prevent possible local-level harassment of Afghan nationals, India's Home Ministry has taken away powers of the Foreigners' Regional Registration Office by which they could ask any Afghan national to leave India, NDTV said

US thanks Pakistan, India, among many nations for help in Afghan evacuation

In a bid to ensure aid and drum up support for a financially stressed Taliban-ruled Afghanistan among the Islamic world, Pakistan Prime Minister Imran Khan has appealed to three Middle-East countries to stand by the Afghan people and help them economically

Bangladesh will decide its policy on Afghanistan independently, Foreign Minister AK Abdul Momin said, adding the policy of India or Pakistan on the issue was not of much importance to his country.

Trump: A president who shamed America

Imran Khan one of the game's greatest captains: Ravi Shastri in book