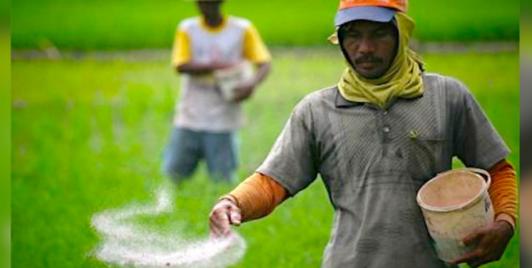 The United States government has forecast a global food shortage and identified Sri Lanka and Afghanistan as two countries that are likely to be badly hit by the crisis.

The Indian government has decided to supply this quantity of urea immediately to Sri Lanka at the request of the Colombo despite a ban on the export of urea from India. Sri Lanka is the only country after Nepal to receive such assurance

Soon after his appointment, the new prime minister said he will work with both the opposition and the governing party to overcome the hardships faced by people. Importantly, he also assured that the peaceful protest, “GotaGoGama” will be allowed to continue their agitation

The Rajapaksa family, which dominated the country’s politics for much of the last two decades, today is struggling for its political survival in the face of the worst economic crisis since the country's independence in 1948

On the calls for the abolition of the executive presidency, a demand forwarded by many parties, President Rajapaksa said it will be considered, and “with the new government & their potential to stabilize the country, we will have an opportunity to discuss this & work towards a common consensus.”

In his press conference, the governor said that political stability was “paramount” and it was becoming extremely challenging to revive the economy in a country where the law and order situation was out of control

Mahinda Rajapaksa’s supporters, armed with sticks and rods, attacked the peaceful protestors camping outside his official residence. This is the first time in the over a month-long protest that the clashes broke out between government supporters and protestors. Videos on social media showed Rajapaksa supporters beating and assaulting some of the protestors, and vandalizing the tents erected at the site

With its economy in disarray and political elites squabbling for retaining their power, Sri Lanka seems heading toward a Lebanon-type crisis, a mix of prolonged political and economic uncertainty

At the handover ceremony, Momen described the supply of 65 types of medicines and equipment as an expression of solidarity and friendship between the two countries as Dhaka and Colombo celebrate 50 years of their diplomatic relations

Despite growing protests and cracks within the ruling coalition, the government has been resisting the demand for the resignation of the president and the prime minister. However, they have agreed, in principle, to form a unity government

For protesters, whose agitation in front of the Presidential Secretariat has now completed almost three weeks, the resignation of the two brothers remains non-negotiable, a demand also backed by the SJB, the country’s main opposition party.

In a recent interview with Daily Mirror, Prime Minister Mahinda Rajapaksa, however, refuted the reports of a rift with his younger brother, the country’s president. “This is all false….But he is the President and I respect him for that. Like everyone else we also argue, even in the cabinet we argue. But our arguments stop there. He is the President and I am the Prime Minister and we are on the same page,” he was quoted as saying in the interview.

According to a report in Daily Mirror, the leaders loyal to President Gotabaya Rajapaksa are now lobbying for the removal of Prime Minister Mahinda Rajapaksa to pave the way for the interim government under a new prime minister. They are also reportedly in touch with other disgruntled government lawmakers, seeking to explore the possibility of a no-confidence motion against him

India to provide another $500 million to Sri Lanka for fuel; China to send humanitarian assistance

The country will need bridge financing of around $3 billion till the IMF finalizes its aid package. Talks are already underway with India and China for raising the money. Significantly, Bangladesh is expected to postpone the repayment of around the $450 million currency swap facility that it had extended to Sri Lanka

Assuring protestors that their right to peaceful protest won't be hindered, President Rajapaksa said in a tweet on Wednesday, "@SL_PoliceMedia [Sri Lankan Police] will carry out an impartial and transparent inquiry re [regarding] the incident at Rambukkana which led to the tragedy for which I'm deeply saddened."